House price growth: which are the top five areas of the UK?

Although the effects of the turmoil caused by the mini-budget and the longer impacts of the economic recession are here to stay, house prices are still steadily climbing in some areas of the UK. As always, some areas are performing more strongly than others. Zoopla has shared its latest market report, which has some surprises in terms of the areas of strongest house price growth.

The data from Zoopla shows some interesting patterns. The average increase in house prices over the last 12 months is seven to eight per cent, although the areas with the highest house prices have only seen a fraction of this percentage increase.

Some of the greatest percentage increases, certainly over the national average, are in areas with some of the cheapest housing. Desirable areas in London and the Home Counties that top the house price table have seen only one to two per cent price increases in the last year; on the other hand, homes in the North of England and parts of Scotland with the cheapest average house price have seen increases of five per cent or more.

The top five house price growth areas in the UK are:

Buyers in Nottingham will have to pay over 10 per cent more for a home when compared with October 2021, according to Zoopla.

Manchester is in second place with a 9.3 percent annual increase, although the average house price is some £18,000 more than in Nottingham.

Bournemouth is the sole southern representative with a more-than-acceptable nine per cent growth.

Bournemouth is closely followed by Birmingham, which has seen 8.9 per cent growth. Birmingham is still a property hot spot, even after the Commonwealth Games have been and gone. As Birmingham is such a large city and has a highly diverse range of housing stock, prospective house buyers would do well to find and work with local companies that know the area best.

The best conveyancing solicitors Birmingham, which can be found through a concierge service such as Sam Conveyancing, will even be able to provide information on planned developments and initiatives, such as the clean air zone.

Liverpool comes in fifth place with a very attractive average house price of around £155,000 and 8.7 per cent growth from October 2021 to October 2022.

Prospective house buyers and movers would do well to keep an eye on trends in house prices across the country. Although buying into a ‘hot’ market comes at a cost and needs to be timed carefully where possible, these figures show where the up-and-coming areas are and give the savvy purchaser the opportunity to try to predict the next chart-topper. 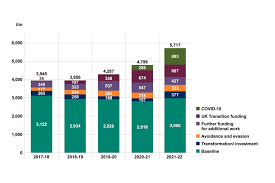 On the other hand, very few people have completely free choice in where to buy their home, so this information is very much a guide and point of interest. Although growth in the highest-priced areas is relatively slow, they still remain highly desirable places to live. The fact that almost no area had seen a property price drop – the exception being Aberdeen – should give buyers confidence that even if they cannot get into one of the high growth areas, there currently isn’t really a ‘bad’ move to make.

What to Expect During a Garage Door Replacement

House price growth: which are the top five areas of the UK?

Advantages and Disadvantages of Having a Professional for Kitchen Remodeling