Trees are an integral part of the survival of all life on earth. They provide us with the air that we breathe, as well as habitats for millions of species of plants and animals, from the rainforests of the amazon to the deciduous forests of England, most of the natural world relies on the trees for life itself. As well as this, trees are also something that have provided us humans with the things that we use in society – from early man who would make tools, weapons and firewood from the trees around their area, to nowadays when we use the wood for buildings like these oak garages https://www.timberpride.co.uk/oak-framed-garages they are important in many ways when it comes to sustaining life. 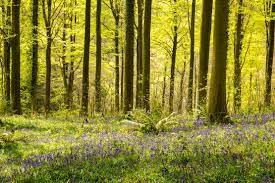 There is a vast array of tree species in the world too – their timber can be used for many different things as each has its own unique properties. As well as this we also use some trees to make other substances – a good example of this is the rubber tree, the sap of which has been collected since the days of the ancient Aztecs civilisation to make rubber from.

Timber can be generally split into one of two categories – hardwoods and softwoods. This is actually a little confusing, as this doesn’t necessarily mean that the wood itself is harder or stronger if it is classed as a hardwood, in fact sometimes the soft woods can be harder than some of the hardwoods! The types of trees that are classed as hardwoods tend to be deciduous trees that grow form a seed, a fruit or a nut. Examples of some of these are oak and ash.

Softwoods are usually coniferous trees, and they are grown from a cone. They tend to have needles rather than leaves, so conifers and pine trees fall into this category.

Some that can cause confusion include holly and yew. Although both of these trees are evergreen, and the yew also has needles rather than leaves, they are classed as a hardwood not a softwood. So, as you can see this classification system can be confusing at times but in general that is the basic rule to work out whether a wood is classed as a softwood or a hardwood. 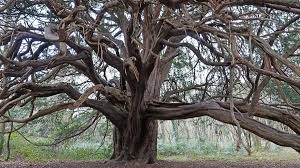 Different woods also have different appearances, so may also be chosen for use due to their aesthetic appeal as well as the ease of ability to work with them. For example, holly is a beautiful white wood, but can be harder to work with than some other hardwoods. Hardwoods are usually used in construction work and are great as load bearing beams – just look at all those Tudor buildings made from oak which are still going strong! Softwoods are used for things like furniture as well as things in building which are not load bearing such as door frames and skirting boards.