Mobile phones are a big part of our lives nowadays –  from helping us with organisation and leisure activities, to being essential communications tools especially over the last eighteen months being in and out of lockdown, it is little wonder that shops like this Vodafone Longford based shop, King Communications are all around the country now, and indeed the world!

Although most of us have a phone, most people don’t actually know how they work. The technology goes back many decades, to when mobile phones were just starting to grow in popularity (and looked very different to the smartphones we have today!) in the 1980s… 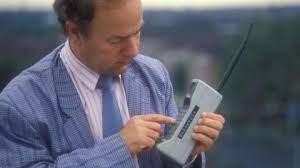 The first patent for a phone that was portable was actually first created in America in 1908, and it is based on the idea of a radio like those that the police would use, or a walkie talkie. The technology and the idea is very similar today, but more advanced in terms of engineering.

A modern smartphone actually has a lot of power similar to that of a powerful computer, and it will send and receive electrical signals in many ways. Early on in the timeline of mobile phones, these were electronic voice signals, but nowadays photos, and internet data is sent and received by powerful modern smartphones. This is how we are able to speak to people all over the world, as well as surfing the net and sending those silly Snapchat pictures! In fact, there is more power in your smartphone than in the computer that first sent three astronauts to the moon!